I’m working on getting back to regular blogging on this site. Lately I’ve been doing more “mini-blogs” over on my writer Facebook page. I’d love it have you join me there as well. I typically post some simple thoughts about once a day. This blog post is an expansion of one of those mini posts.

The scariest thing about the Christianese Religion is that you don’t even notice you are following it until it stops working for you. The formulas, phrases, and culture seem good and real while you are in the bubble. The things you do and believe appear to be genuine. You are part of a community that is like-minded.

What do I mean by the Christianese Religion? In his book Recapturing the Wonder: Transcendent Faith in a Disenchanted World, Mike Cosper says this, “Religion is the business of appeasing gods.” For the past year, I have not been able to get that sentence out of my mind. It finally connected the dots between the ten years I spent in a cultic sub-culture of Christianity and the disillusionment people experience within “normal” church. 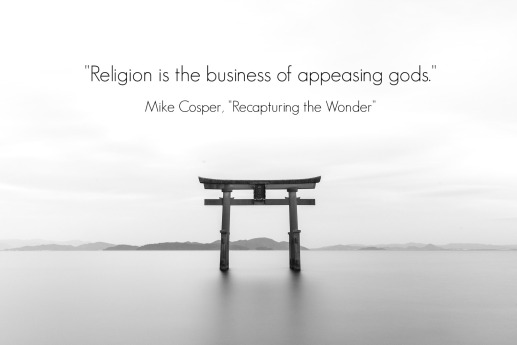 When we are religious (which we naturally are), we are focused on behaviors. We are trying to do things in order to please God. But often the god in our head is more of a concept that a Being. We make him in our own image and shove him into a box. And in our obsession with performing correctly we completely miss the Real Jesus.

Christianese works great until it doesn’t. If that has happened to you, then you know. Maybe you got on the wrong side of the spiritual authority or you asked the wrong questions and felt the sharp sting of rejection. Maybe life fell apart and suddenly you realized that the pat answers no longer satisfied the deep brokenness of your heart. Empty religion may appear to work for a while, but it will always leave you searching for more. Because your soul wants Jesus.

There was a reason Jesus spent all of His time with the social outcasts and religious rejects. They knew they needed Him. They were broken and ready to hear His words of life.

The Pharisees had their religious system down and they missed God walking in front of them. I’m afraid the same thing is happening in churches all across the country. We are substituting religious experiences for the Real Jesus. But well-meaning people don’t even notice…because right now the system and the culture are working for them.

Maybe brokenness and disillusionment is actually a blessing because it opens our eyes to the emptiness of religion. Maybe not fitting in or feeling rejected is actually a good thing because it causes us to seek for more. I pray that our seeking bring us to the feet of the Real Jesus!! 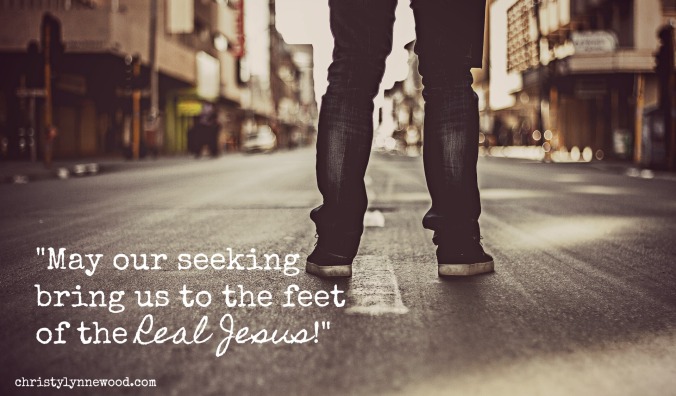 (This story is paraphrased from John chapter eight.)

She stood there silently, her head bowed in shame. They wanted to stone her. And according to the law, those religious leaders had every right. She’d been caught in the very act of adultery. But they were using her as a test, and now they waited to see what the young rabbi would say.

He didn’t say anything, just knelt down next to her, and began to write with his finger in the dirt. She saw his hand out of the corner of her eye, felt his presence next to her. He ignored the clamoring crowd and was silent as he drew. Finally, he stood. “Any of you who are without sin can be the first to throw a stone at her.” Again, he knelt next to her and quietly wrote in the dirt with his finger. That was it. There was an awkward silence.

After a moment, she noticed that the crowd seemed smaller. Peering through her hair, she realized that the religious men were slowly leaving. Eventually, it was just her and Jesus alone on that dusty patch of earth. He looked at her. She lifted her head. “Woman, where are they? Has no one condemned you?” His voice was kind. She looked around; they were all gone.

4 thoughts on “The Christianese Religion and the Real Jesus”